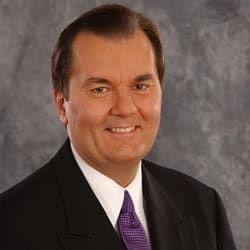 Known as the 'voice of curling' in Canada, Vic Rauter has anchored TSN's curling coverage for 20 years.

Prior to joining TSN, Rauter spent four years as a sportscaster with CBC in Toronto, covering various Olympics including Los Angeles in 1984, Calgary in 1988, and Barcelona in 1992. In 2012, he will be part of CTV's media consortium for the London Olympics.

Vic Rauter brings a wealth of experience and professionalism to every broadcast. In 1999, he was nominated for a Gemini Award as Canada's top sportscaster, and was inducted into the Canadian Curling Hall of Fame in 2006.