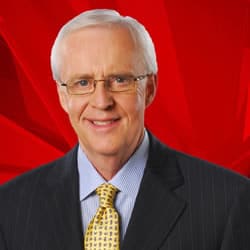 Named to the Order of Canada in December 2011 for both his distinguished broadcasting career of more than 40 years and extensive community and volunteer work across the country, Brian Williams has received numerous accolades, including eight Gemini Awards, two Foster Hewitt Awards, and one Canadian Screen Award. Brian anchored CTV's primetime Olympic coverage of both the London 2012 Olympic Games and the Vancouver 2010 Olympic Winter Games, playing a leading role in shaping and delivering the network's award-winning coverage. Williams was recently awarded the first-ever Canadian Screen Award for Best Sports Host or Analyst in a Sports Program or Sportscast for his work on London 2012.

In addition to his work on the Olympics Games, Williams is heavily involved in the CFL on TSN broadcasts. He also hosts CTV and TSN's figure skating coverage, sharing with fans his vast figure skating knowledge from some of the sport's biggest events.

Considered the dean of Olympic sports broadcasting in Canada, Williams reported on his first Olympic Games at the 1976 Summer Games from Montreal and has covered a total of 14 Olympic Games, as well as every high-profile sporting event around the globe. His resume includes work with the NHL, Major League Baseball, PGA TOUR, Canadian and World Figure Skating Championships, World Cup Skiing, men's and women's Rogers Cup events in Toronto and Montreal, Formula One, IRL, Breeders' Cup, Pan Am Games and Commonwealth Games.

Williams' respected broadcast style has endeared him to millions of Canadians from coast-to-coast. He has won praise from critics and numerous accolades, including eight Gemini Awards, two Foster Hewitt Awards, and one Canadian Screen Award. In addition, Williams was awarded his second Outstanding Sports Broadcasting Award from Sports Media Canada for his work on the Vancouver 2010 Olympic Winter Games.

Born in Winnipeg, Williams began calling university basketball play-by-play in 1967. He started his professional career in radio with Toronto's CHUM. After a year at CFRB Radio in Toronto, Williams joined CBLT and remained with CBC until his move to CTV and TSN in June, 2006.