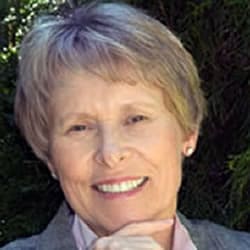 Dr. Roberta Bondar is a much sought-after speaker who makes exciting connections between how our brains adapt in space and how we can adapt to constantly-changing business environments here on Earth. With innovative ideas about how to navigate in uncharted territory, she offers her abilities as a leader and visionary to corporations and organizations throughout North America. Dr. Bondar demonstrates the adaptive thinking necessary for changing perspectives in our contemporary world.

As the world's first neurologist in space, Dr. Roberta Bondar is globally recognized for her pioneering contribution in space medicine research.  Aboard the Discovery mission STS-42 in 1992, she conducted experiments in the shuttle's first international microgravity laboratory.

For more than a decade at NASA, Dr. Bondar headed an international research team, continuing to find new connections between astronauts recovering from the microgravity of space and neurological illnesses here on Earth such as stroke and Parkinson's disease.  Her techniques have been used in clinical studies at the B. I. Deaconess Medical Center, a teaching hospital of Harvard Medical School and at the University of New Mexico.

Dr. Roberta Bondar was the Honorary Patron for Canada during UNESCO's International Years of the Planet from 2008-2010 and served two terms as Chancellor of Trent University in Peterborough, Ontario.

In 2007, the Ontario Government appointed Dr. Bondar to chair the Working Committee on Environmental Education, to strengthen environmental education in the curriculum of elementary and secondary schools. The Committee presented the report and all 32 of their recommendations were implemented in 2008.

Dr. Bondar has been recognized with the NASA Space Medal, inducted into the Canadian Medical Hall of Fame and is an Officer of the Order of Canada. In addition, she has received 24 honorary doctorates from Canadian and American universities. In 2003, TIME magazine named her among North America's best explorers.
In 2011, Dr. Bondar became the first astronaut to receive a star on Canada's Walk of Fame.

A true renaissance woman, Dr. Bondar is an acclaimed photographer of the natural wonders of our planet. Roberta Bondar's photographic essay books include: Touching the Earth about her astronaut experiences, Passionate Vision ~ Discovering Canada's National Parks and Canada ~ Landscapes of Dreams, both bestsellers are in their third printings and available in bookstores across the country. She has also published a catalogue of her desert photography entitled, The Arid Edge of Earth.

We all want to lead happy productive lives and it is fulfilling when both personal and professional lives can feed off each other. As far as I have seen on Earth and beyond, nothing is clearer than the fact that we have a precious relatively short Earth-life. It makes sense to develop ourselves for each hour that we are awake by learning from the potential life experiences all around us.

Successful businesses anticipate and respond rapidly to a world in constant flux where human relations are keys to effective change. As professional flexibility reflects personal adaptability, valued team members know when to lead, when to follow and when to stay the course. They embrace culture challenges as positive influences on both their continued professional and personal development.

Never a Distance too Great: Bridges for Life:

It is not enough just to advocate a vision: you must realize it. The gap between a dream and reality is bridged with interest and insight, skill and determination, focus and discipline. Because of their timeless value, these bridges also give us the flexibility that we will need in the future to cope with inevitable change. Dynamic bridges of the human mind can be virtual or real, but they must be agile. They form the link between other worlds, ideas and relationships.

In a world of extremes, a leader's vision must be bold yet within reach of fellow team members. Sharing a vision is more than setting out objectives and goals for other to follow. If there is no overlap of interest or passion by everyone, a vision will be blind to fulfilling its potential. By definition, a leader knows about leadership but a successful leader understands followership. Experience offers each of us an opportunity to learn from another person's life lesions which combine the richness of education, with the insight of critical thinking. By linking this resource to respect for a shared vision, a strong team will be focused on success.

"An enthusiastic delivery and fascinating speech content- Every person in the room was affixed to her and listening intently, as she spoke about her education, her dreams, her choices and life after her space flight" General Motors Corporation

"Your exciting commentary on your experiences in space added a very special touch to a wonderful evening". National Foundation for Brain Research