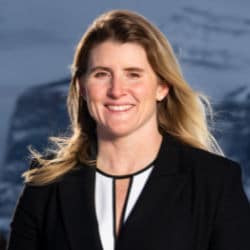 Four-time Olympic medalist, Hayley Wickenheiser is regarded as one of the best female hockey players in the world with an uncompromised determination and dedication to her sport. However, it's not just her lethal slapshot that is respected by her teammates, fans and peers; Wickenheiser is an award winner, community leader, mentor, history-maker and an accomplished businesswoman.

It all started at age 15 in Shaunavon, Saskatchewan when Wickenheiser was chosen for the Canadian Women's National Team. She has since led the squad to six gold and one silver medal at the Women's World Hockey Championships. As an Olympian, she earned a silver medal at the 1998 Winter Olympics and three Olympic gold medals in 2002, 2006 and most recently at the Vancouver 2010 Winter Olympics. Accompanying all that hardware, Wickenheiser was also named the tournaments' most valuable player in the 2002 and 2006 victorious Olympic runs as well as in numerous Esso Women's Hockey Championships.

Wickenheiser has proven to be an elite athlete time and time again. Sports Illustrated recently named her number 20 of the 'Top 25 Toughest Athletes in the World'. She is also a two-time finalist for the Women's Sports Foundation Team Athlete of The Year and was recently named among The Globe and Mail's "Power 50" influencers in sport.

Along with hockey, Wickenheiser has mastered a number of sports. An elite softball player, she participated in the 2000 Summer Olympics as a member of Team Canada and worked as a Softball Analyst with CBC's coverage of the 2008 Beijing Summer Olympics.

Her passion for sport is paralleled by her drive to give back to the community in several ways, particularly to organizations with a commitment to youth such as KidSport, Right To Play, Dreams Take Flight, Clean Air Champions and Spread The Net. In May 2007, Wickenheiser traveled to Rwanda with a team of Canadian Olympic athletes for Right to Play, an athlete-driven humanitarian organization.

Putting her pursuit of a BSc at the University of Calgary to good use, Wickenheiser has led numerous projects with the goal of raising the profile of women's hockey around the world. She is constantly working to provide mentoring opportunities for young athletes and is currently planning an international women's hockey festival in Burnaby, BC in late 2010.

In The Trenches: Resiliency and Toughness When It Matters Most

2020 has been a year like no other in our lifetimes. Everyone’s work-life has been affected by the current pandemic in some way, but perhaps few have faced more challenges than healthcare workers. The unsung heroes of these times, healthcare workers have frequently been left feeling under-supported for the essential role that they have been playing during the fight against Covid-19. Hayley Wickenheiser, four-time Olympic Gold Medalist and a current medical student, shares her approaches and strategies to not just survive, but thrive in these non-ideal times. Drawing on her experiences from the world of high performance sport, the lessons she’s learned as a medical student, and as a champion on the front lines of securing PPE for Canadians, Hayley explores the importance of fostering personal and professional resiliency and strength at a time when these qualities are needed most, and reminds us that, at a time when we’ve been asked to keep apart, we’ve actually never been more together.

Never has Hayley Wickenheiser’s mantra been more applicable than 2020 and beyond.

Drawing on her journey from a rookie to a veteran in competitive hockey with four Olympic gold medals, Wickenheiser relates her experiences — and the changes and challenges she faced on her journey — to show the importance of adaptability when it comes to long-term success. This is a skill that Wickenheiser has both stumbled on and honed over the years, and she coaches teams on how to build this crucial skill to meet the demands of our future.

Change as a Path to Greatness

Hayley Wickenheiser explores the importance of always looking for ways to improve and opportunities for change.

Change in leadership, direction, and lifestyle all provide opportunity for growth and, most certainly, a new perspective. Drawing on her own journey from being a student to becoming a world champion athlete and an Olympic gold medalist, back to a student and becoming a doctor-in-training during a worldwide pandemic, Wickenheiser shares how she became a master of change — or at least a master of coming out on the other side of change with something positive.

Navigating the Complex Team Dynamic to a Golden Mindset

As the captain of Team Canada and now a doctor-in-training, Hayley Wickenheiser has seen (and been) many styles of a leader. What kinds of leaders are there and how do the different styles impact success? What does a successful team need and how did she help Team Canada succeed on the world stage? Wickenheiser shares insight on the good, bad, ugly, and just plain hilariousness of leadership she’s experienced and been a part of, and applies that to the complexities teams face today with technology, distance, connectivity, and more.

Hayley Wickenheiser has been a sought-after keynote speaker for many years and often customizes her existing repertoire of messages and insights to fit a client’s needs.