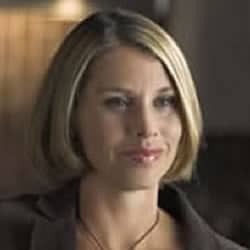 Book Catriona Le May Doan
Add to My List

In any endeavour, crossing the finish line first - and repeatedly - takes incredible determination, dedication and talent. Catriona Le May Doan knows all about it. Canada's Athlete of the year in 2002, Catriona Le May Doan is the speed skater whose world record-setting wins captivated and inspired millions of Canadians. The fastest woman on ice and the Canadian flag bearer at the 2002 Olympic Winter Games opening ceremonies, she won the gold medal in the 500 metre event at those very games, defending her 1998 Olympic 500m gold and became the first Canadian to defend a gold medal at any Olympic Games. She has broken the world record for the event 8 times, and at the 2002 games, set the Olympic record time of 37.30 seconds. She is also a 5-time World Champion.

Although she has retired from the world of competitive speed skating, she is still a central figure in the sport. She served as the primary colour commentator for the CTV television broadcast of long track speed skating at the 2010 Vancouver Olympic Winter Games which earned her a Gemini for Best Sports Analyst. Catriona was co-host for CTV's Olympic Morning at the London 2012 Summer Olympic Games.

Le May Doan is not only a world champion but a talented motivational speaker as well. Articulate, engaging and fluently bilingual, she connects with audiences by discussing how to achieve personal excellence and motivating people to realize their full potential. Her achievements have landed her in the Canadian Sports Hall of Fame, the Canadian Olympic Committee Sports Hall of Fame, and was appointed an Officer of the Order of Canada.

Whenever Catriona Le May Doan speaks, she conveys in a clear and compelling way why she is -- and always will be -- a champion

Catriona will share her insights on achieving your goals and the process during which you experience trials and triumphs. It is only with characteristics like passion, a winning attitude, commitment, and teamwork that you can achieve your potential. Her years as a speed skater have taught Catriona so much. She has learned to deal not only with obstacles, but also with success. The obstacles were devastating. With the help of her team, she learned to be a deal with disappointments. She has seen first hand what can be achieved when a team works together and appreciates each other’s strengths and weaknesses. Catriona realized her dream of winning an Olympic gold medal, and then realized that to continue to stay on top was even harder. What does it take to be the best? What does it take to stay there? The journey of Catriona LeMay Doan will take you there and inspire you to reach farther than you thought possible.

The Olympic Experience: Going for Gold - The Words of a Champion

Catriona was awesome! Great presenter, great role model, great Canadian! She was very gracious in the time she committed and spent with our group and she received three standing ovations! They loved her." Investors Group