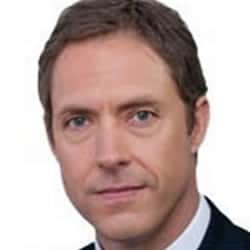 Craig Forrest is one of the most successful Canadian soccer players of all time. Born in Coquitlam, B.C., he left home at the tender age of 16 to begin a new life overseas in the first step of a rewarding soccer career.

In the span of four years, he went from trainee to starter with Ipswich Town, a club on a tremendous rise in the English ranks. In the 1991/92 campaign, the club earned a Division Two crown and a berth in the English Premiership. The kick-off to the 1992/93 Premiership season included only 11 foreign players at starting positions, and as you can imagine, Craig was thrilled to be counted among them as Canada's first representative in the league.

His play as keeper with Ipswich was recognized and rewarded by the club's supporters, who honoured him as the team's player of the year: Ipswich's most outstanding player in 1995, and Player's Player on two other occasions. After several seasons with Ipswich town, and a stint with Chelsea FC, he accepted a contract with West Ham United in London, where he played for another five amazing seasons. Altogether, he spent 10 years in the English Premiership, 18 years in the top flight in England.

Craig has proudly represented our Canadian national team on a total of 56 occasions. He led our country in a world youth championship, two World Cup qualifying campaigns and Canada's pinnacle in the sport over the last decade, a Gold Cup Championship in 2000, where Craig was named MVP.

Off the pitch, Forrest has been given the opportunity to remain in the sport he loves, bringing soccer fans their fix on television. He covered the World Cup ('98 - '02) and Euro 2000 on TSN, and is now a member of the Sportsnet team, as analyst on Soccercentral.

He is currently the Canadian FIFA Ambassador for SOS Children's Villages.

Forrest was inducted into Canada's Soccer Hall of Fame and the BC Sports Hall of Fame as recognition of his impact on the game of soccer here in Canada and also as a Canadian playing in the highest league in England. His hometown also inducted him into the Coquitlam Hall of Fame.

An entertaining and inspirational speaker, he peppers his presentations with colourful anecdotes from the world of soccer.