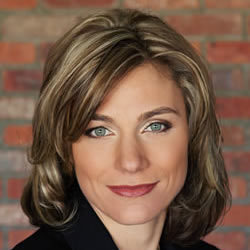 Cheryl Pounder was born in Montreal into a family of hockey enthusiasts. Her grandfather was a former GM of the Montreal Junior Canadiens, while her older brothers were already playing hockey, and the rink in the family's backyard helped set her on the path to excel at Canada's national sport. Upon moving to Mississauga, Ontario, she achieved the status of athlete of the year at both her high school and Wilfred Laurier University, where she earned an honours degree in Kinesiology.

Considering Pounder's pursuit of both educational and physical excellence, it's no surprise that her impressive sports achievements are complemented by her abilities as a motivational speaker. She also works for TSN as an in-studio analyst and colour commentary broadcaster for women's hockey.

Going for Gold: The Pursuit of Excellence