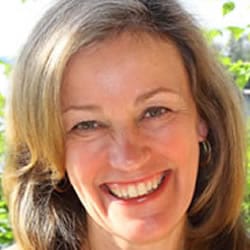 Patti Croft has 30 years of experience on Bay Street, working on both the buy and sell side of the street. Her sell side experience as an economist included a 13-year stint with Burns Fry followed by 3 years with Wood Gundy as senior economist working with Chief Economist Jeff Rubin, where she and Jeff were named the two top-ranked economists in Canada by the Brendan Woods survey of institutional investors.

In 1996, Patti was named Chief Economist of Canada Trust, the youngest ever woman chief economist of a major financial institution in Canada. In 1998 she made the transition to the buy side, joining Sceptre Investment Counsel where she initially managed high net worth private client portfolios, while acting as a key member of the asset allocation committee as well as the firm's public spokesperson. She ultimately transitioned to institutional client portfolio management while increasing her involvement in the asset allocation process. In early 2004, she joined Phillips Hager & North Investment Management and was named Chief Economist of RBC Global Asset Management in late 2008, post merger of the two entities. She was a member of the asset allocation committees of both PH&N and RBC Asset Management.

Ms. Croft has been quoted and featured in various publications such as: Wall Street Journal, Financial Times of London, The Globe and Mail, The Financial Post, Toronto Star, IE Money Magazine, Macleans Magazine, as well as numerous local newspapers across Canada. She is currently a regular contributor to the Globe and Mail online Economy Lab taking readers beyond the headlines.

Patti is a graduate in economics from the University of Toronto and is the proud mother of three young adults. She is a Senior Associate member of the famed Ticker Club. She is a past board member of Women in Capital Markets and the International Foundation for Employee Benefit Plans.

A highly sought-after speaker at conferences and industry events, Patti Croft is regarded as one of the country's most influential business leaders and financial commentators.

A Trip Around the World - Economy Class