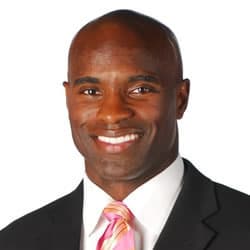 In 2008, the CFL on TSN made an off-season addition of former Winnipeg Blue Bombers receiver Milt Stegall as guest analyst.

Stegall broke into the league in 1995 and played 14 seasons with the Winnipeg Blue Bombers as a receiver before announcing his retirement at the end of the 2008 season. Stegall is a nine-time CFL All-Star (1997, 2000-2007) and was named the league's Most Outstanding Player in 2002.