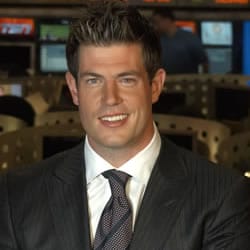 Palmer writes a weekly NFL column on TSN.ca and was on site to provide coverage of the 2008 & 2009 Super Bowl alongside fellow TSN football analyst Chris Schultz and host Rod Smith.

In addition, Palmer brings his celebrity status to CTV's daily entertainment newsmagazine, eTalk, as the show's New York-based entertainment correspondent. Non-football fans might recognize Palmer from his high-profile TV days as the star of Season 5 of The Bachelor.

Prior to the NFL, Palmer had a successful college career with the University of Florida Gators. His 3,755 career passing yards and 31 career touchdowns rank eighth and ninth respectively in Gators' history. Palmer also made appearances in the Citrus, Orange and Sugar Bowls.

Palmer offers analysis and commentary from a former player's perspective in his weekly SportsCentre segment, Monday Morning Quarterback. Palmer played five seasons in the NFL, four with the NY Giants and one with the San Francisco 49ers.