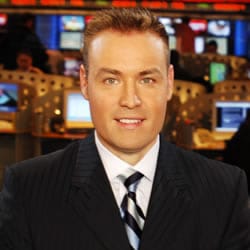 National viewers were first introduced to Woron as host of the popular Ford That's Golf before his move to the weekend edition of SportsCentre.

Previously a sports anchor for Global TV in Winnipeg, Woron is a graduate of the University of Calgary. Before joining Global in 1998, Woron worked as a sports reporter for CKNW radio in Vancouver. Woron also served as a Vancouver correspondent for Sports Radio ESPN for the WFAN all-sports radio station in New York City.

Woron will forever be remembered by fans of the IHL's Manitoba Moose. He was the club's public address announcer for the 1999-2000 season.

Woron has hosted TSN's coverage of the Masters. "The first time walking into Augusta National is something I'll never forget," he said. He was also on the front lines for the entire NHL lockout.