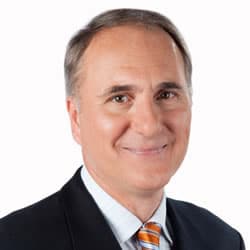 The versatile broadcaster's resume also includes working as a figure skating commentator at the Nagano and Salt Lake City Olympic Games and providing commentary for the rowing and canoe/kayak events at the 2004 Summer Games in Athens. Cuthbert's broadcast experience also includes covering gymnastics and cycling at the Commonwealth Games.

Throughout his celebrated career, Cuthbert has covered every sport at every level. Cuthbert's inaugural job in sports broadcasting was doing the play-by-play for Golden Gaels football games in 1978 for CFRC Radio in Kingston, Ont. From there, Cuthbert moved to radio station CJAD in Montreal, where he was the voice of the NASL's Montreal Manic and the CFL's Montreal Alouettes and Concordes. In 1984, Cuthbert joined CBC Sports, where he remained until February 2005.

In 2006, Cuthbert was awarded a Gemini for Best Sports Play-by-Play or Analyst alongside Glen Suitor. In 1998, he won Gemini Award for Best Sports Broadcaster, and has been recognized by Sports Media Canada as Sportscaster of the year.