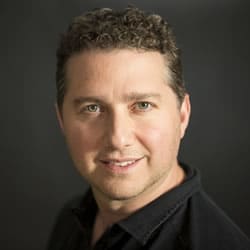 Marc Saltzman has reported on the high-tech industry since 1996 - 25 years ago! - as a freelance journalist, author, lecturer, consultant, and radio and TV personality. His specialties lie in consumer electronics, computers, Internet trends, small-to-midsized business technology and interactive entertainment.

Marc Saltzman was one of the first journalists in the world to break open the MP3 phenomenon in late 1997 on CNN.com. He correctly predicted this controversial audio file format would revolutionize the recording industry.

In June 2006, Marc Saltzman was invited to join celebrities such as (former U.S. President) Donald Trump, Al Gore and Stephen Hawking to answer a question for the “Ask The Planet” promotion sponsored by Yahoo! Answers. Marc was tapped as a leading consumer technology expert.

Marc is the host and producer of “Tech it Out.” Syndicated through Radio America, with 315 stations that pick up a 1-minute feature (M-F), plus 100+ of these affiliates also run a long-form (1-hour) weekend show. Also in the U.S., Marc is the host of “Tech Talk Thursdays,” a 15- to 20-minute segment heard every Thursday at 1pm Pacific on KFI 640 AM. Owned by iHeartRadio, KFI is the no. 1 News, Talk, and Sports radio station in Los Angeles and San Diego.

Marc Saltzman is one of the busier technology experts on the circuit. Speaking across North America on a wide variety of topics, Marc Saltzman enjoys talking to groups big or small, consumer- or business-oriented, and ranging from kids to seniors. Some of Marc’s recent speaking topics include: future technologies worth getting excited about (self-driving cars, space tourism, domestic robots, etc.); the future of work (including shopping trends); embracing STEM/.STEAM studies for kids; social media tips and tricks -- for businesses; how to break through to mainstream journalists (PR do’s and don’ts); technology for seniors; and much more.

While many of us use social media on a daily basis, it’s mostly limited to personal use. But today’s popular platforms – like Facebook, Twitter, Instagram and even TikTok – can in fact help empower small and medium-sized businesses by competing on an even playing field with their biggest competitors. Learn the top 10 reasons why it’s critical today’s businesses need to be on social media, and top 10 ways to succeed on various platforms, peppered with several examples of what works and what doesn’t when it comes to customer engagement, brand awareness, and calls to action.

Tech it Out: The Key Trends in Technology

Be prepared to be blown away at the future of technology, when TV and radio personality Marc Saltzman takes you on a journey into technology trends of tomorrow. After a short primer on what’s trending today -- including smart homes, wearables, and mixed reality -- this visually rich presentation will no doubt inspire attendees about what’s to come, as we explore domestic robots, self-driving cars, next-generation 3-D printing, delivery drones, space tourism, and much more. Strap in, as this fast-paced talk covers a lot of ground, in a highly entertaining ride through a half-dozen tech topics.

As the ‘ol adage goes, the only constant is change. Technology has forever transformed the way we work, play, and communicate – especially due to pandemic life. But how is the evolving technological landscape shaping the Canadian retail shopping experience? What do customers want today, and where are we going in the near future? From the evolution of the omnichannel and AI-powered customer journeys to the role of social media and mixed reality, technology evangelist Marc Saltzman will discuss today’s and tomorrow’s tech trends for Canadian retail consumers.

The Future of Work

Digital inclusion is the only solution. Technology is a key component to securing a great job in today’s economy – but without access to devices and reliable high-speed Internet, and the skillset in which to best use them, those looking for work may find themselves unable to compete for these sought-after careers. This “digital divide” is felt even more during a global pandemic, as several jobs have gone virtual, and thus requiring technology to work remotely. In this lunch hour talk, tech expert Marc Saltzman discusses the importance of digital literacy and access to technology, for jobseekers of any age, and some concrete calls to action, including tips and techniques for tackling the tech disconnect.

Virtual Education: How to keep students engaged while distance learning?

Designed for educators struggling to meaningfully connect with students while learning at home, syndicated technology columnist and author Marc Saltzman shares several tips and tricks, and the latest in software and hardware platforms, as well as discussing successful pedagogical approaches for keeping kids engaged while distance learning. Marc also shines a light on five educators who have gone above and beyond to give students a rich educational experience during these challenging times. This 1-hour talk ends off with a fascinating peek into the future of EdTech, including mixed reality, A.I., robotics, and more.

It might have taken a tragic event like the global coronavirus pandemic to give hundreds of millions of workers a taste of what it’s like to work from home, but when the world goes back to normal, tech expert Marc Saltzman shares why 98 percent of those surveyed (by PC Mag) say they’d prefer to work from home long-term. Marc covers the pros and cons of remote working -- for the employee, employer and environment – and tips to succeeding.

Tech it Out: The Future is Nigh

If you thought today’s tech was cool, to quote ‘70s rockers Bachman-Turner Overdrive, “Baby you ain’t seen nuthin’ yet.” This lighthearted yet informative chat focuses on mind-blowing future technologies worth getting excited about. From the evolution of smart home and 3D printing to virtual reality and augmented reality to self-driving cars and space tourism to delivery drones and domestic robots, this visually-engaging presentation serves as an entertaining peek into the near future of consumer technology.

Tech Tools to Keep You On Your Game

Do you ever feel overwhelmed by the ever-changing world of technology? You’re not alone. By translating “geek speak into street speak,” renowned tech expert Marc Saltzman will help you understand, and embrace, the top tech trends when it comes to remaining productive and competitive today – including the latest in mobile devices, free apps, the “cloud,” and more. Discovering how to get more done in less time, regardless of the industry you’re in, in this informal but informative and motivational talk.

EdTech and STEM: Be in the Tech -Know

We’re now well into the 21st century – and while the world has changed, why hasn’t our education system? Are you connecting with today’s youth? Are you embracing the tools they’ve grown reliant on to help engage with them? Are you helping to prepare them for a successful career? Renowned tech expert Marc Saltzman will help you wrap your head around today’s top tech trends among students – including mobile devices, wearables, apps, gaming, social media, and more – and where we’re going in the near future. This talk will also suggest a stronger in-classroom and extracurricular focus on STEM (Science, Technology, Engineering, Math).

Technology is transforming virtually every industry, and retail is no exception. This visually engaging chat talks about the major shirt in offline and online shopping – and what retailers and brands need to know about how, when and where Canadians will consume their products and services going forward. Providing a lot of breadth over depth, Marc can discuss the intersection of technology and commerce – today and tomorrow – ranging from online/mobile shopping and peer-to-peer marketplaces to mobile payments and wearables to omni-channel retailing and apps to social media and iBeacons to augmented/virtual reality experiences and smart barcodes. In short: the physical and the virtual are colliding into a big bang the likes retailers have never seen. Are you ready?

It goes by different names — “independent living,” “non-assisted living,” or the preferred “aging in place” – but these phrases mean the same thing: growing older without having to move to a healthcare environment. Nearly 90% of seniors want to stay in their own homes as they age, says AARP. Today, high-tech monitoring systems and other gadgets are helping seniors age in place independently, while giving family members peace of mind in the process. What’s more, home-based tech tools are far less expensive than moving into an assisted living environment. In this keynote presentation, Marc Saltzman explores the myriad of options available to help our loved ones live longer on their own terms, and in their own home. 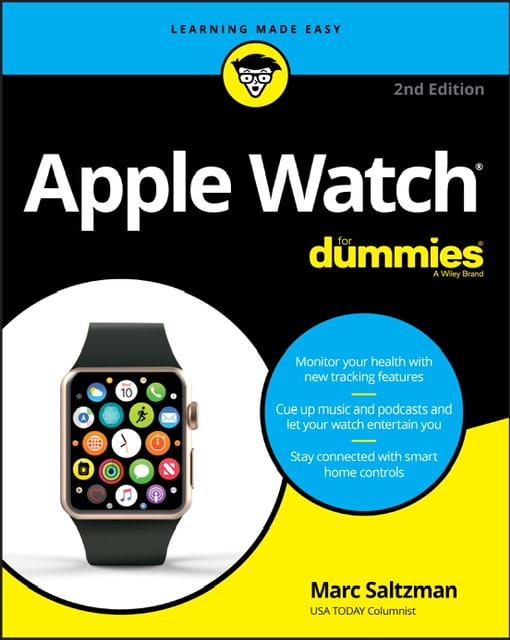