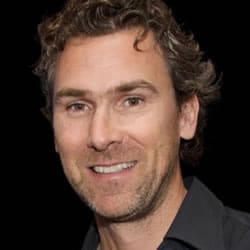 Known as one of the most refined players in professional hockey, former NHL All-Star and Olympian Trevor Linden has built his stellar reputation on his excellent hockey skills and diplomatic demeanor.

Born in Medicine Hat, Alberta, Linden starred for the hometown Tigers in the WHL where he won consecutive Memorial Cups in 1987 and 1988. In 1987-88, he scored 110 points, helped Canada win the gold medal at the World Junior Championships, and was chosen second overall by the Vancouver Canucks at the 1988 NHL Entry Draft. He was also named to the WHL East Second All-Star Team in his final season.

The 6'4" winger scored 30 goals as a rookie in 1988-89, and was named to the league's All-Rookie Team. In 1994, he scored 25 points in 24 games while helping Vancouver come within a game of winning the Stanley Cup. His immense contribution to charitable causes has been awarded with the King Clancy Memorial Trophy and NHL Foundation Player Award.

In February 1998, Linden was traded to the New York Islanders, and a few days after the emotional trade, he represented Canada at the Nagano Olympics. Linden scored 47 points for the Islanders in 1998-99, and was traded to the Montreal Canadiens for a draft pick after the season. He competed well with the struggling Habs but experienced a few injury problems. The Washington Capitals acquired Linden where he spent parts of three seasons in Washington before returning back to Vancouver early in the 2001-02 season.

Since returning to Vancouver, Linden has gone on to surpass the 1,100 games played and during the 2003-04 season became the Canucks All-Time leading scorer. Over the next three seasons in Vancouver, Linden would continue to establish new Canucks' all-time records and help lead his club through his hard work on and off the ice.

Linden was elected President of the NHL Players Association in June 1998 and he was actively involved in negotiations that ended the 2004-05 lockout.

In 2005-06, Linden suited up for his 1,000th game as a Canuck, the first to do so. A season later, he became the first Canuck to score 300 goals as the club returned to the NHL playoffs yet again. Linden retired on July 11, 2008 after a remarkable 19 seasons in the league. He is dedicating his time to humanitarian efforts, and contributing to his charity foundation.

Trevor Linden played 20 seasons in the NHL from 1988 to 2008. He played 16 of those seasons with the Vancouver Canucks earning him the nickname “Captain Canuck”.

Throughout his hockey career, Trevor was respected as a leader both on the ice and in the community. His 20 years of wins, losses and ups & downs make for a great story. Now as an engaging, honest and highly regarded speaker he talks about leadership, teamwork and the life lessons he learned along the way.

"Trevor had a standing ovation before he even got on the stage...everyone was just so enthralled with his presence. He did deliver a good message about teamwork and leaders and was very genuine in his delivery. He had a standing O when he was finished and he later participated in one of the prize giveaways". Vancouver Tourism Awards