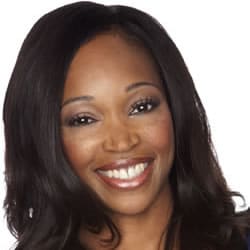 Born in Toronto to Jamaican-Canadian parents, Tracy Moore was raised in quintessential suburbia, where she had the sort of childhood you would expect of a suburban girl in Richmond Hill. Early aspirations of performance had her twirling baton at the young age of four before tackling cheerleading in high school and being crowned Richmond Hill's Carnival Queen in the ninth grade.

Moore earned an honours degrees in Political Science and Journalism from McGill University, and went on to earn her Masters Degree at the University of Western Ontario. After three year stints at CBC taking on a variety of roles from editorial assistant to videographer, and a reporter/anchor position at Toronto 1, Moore landed at CityTV.