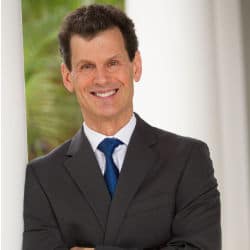 For 23 years, Tim Richardson has been President of Total Development Resources, Inc. and has been a full time presenter, trainer, and facilitator. For over a year, Tim worked with a luxury resort, the Ponte Vedra Inn and Club, where was responsible for guest relations training, leadership development, and team development for almost 800 employees. His work led to the resort obtaining AAA's coveted Five Diamond Award which they have received every year for ten years. Tim has also been the host of a radio talk show interviewing authors, business owners, and community leaders.

Tim received a Bachelor of Science degree in Business Administration from Florida Southern College and a Master of Science degree in Marketing Communication from Florida State University where he taught courses in Public Speaking, Fundamentals of Speech, and Professional Interviewing. He also is a graduate of the Dale Carnegie public speaking course and was a graduate assistant as well. After graduating from college, Tim worked for IBM Corporation in the Marketing Division. He was recognized for his outstanding contributions at IBM with the President's Circle Award for team service, given only to 1% of IBM employees. He also served on an award-winning Quality Circle Team. Early in his training career, Tim delivered CareerTrack's "How to Give Exceptional Customer Service" seminars all across North America. From 1991- 1999, he worked as a consultant with Bob Pike's Creative Training Techniques company where he conducted two-day public seminars and in-house train-the-trainer seminars as a Sr. Training Consultant.

When Tim earned the designation of Certified Speaking Professional (CSP) in 1997, he was one of only 7% of the 4,000 worldwide National Speakers Association members to have earned the CSP designation.

For five years, Tim was a Platinum Speaker for MPI a designation given to the speakers who have the highest evaluations at MPI conferences. Tim is author of Jump Starts: Wit and Wisdom to Super Charge Your Day, co-author of Transformation Thinking: Tools and Techniques That Open the Door to Powerful New Thinking, contributor to Meditations for the Road Warrior, and he recently completed How to Live Rich in a World Obsessed with Cash, Career, and Conquest. He has also written articles or been interviewed on national and regional TV shows and in many journals and magazines.

"Nobody gets paid until someone sells something." As old as that adage is, it's probably more true today than ever. With the global economy, web offerings, and a complex and confusing selling environment, there's never been a better time to rethink your sales process. In this dynamic session, Tim challenges almost every traditional sales method. He demonstrates why doing nearly EVERYTHING "opposite" of what Selling 101 teaches could very well be the BEST success secret in selling! This program is designed for sales professionals who desire to improve sales results, boost closing ratios, increase market prospecting results, improve productivity AND never make another cold call... ever. Come prepared to laugh, take copious notes, and actively participate as each member of your team develops a personal action plan for long-term success.

In this information-packed program, Tim shows your organization how to use problem-solving teams, leadership involvement, and customer-centric service models to blow your competition away. This session also addresses how to reduce complaints, increase satisfaction, and reduce employee turnover, as well as how to hire the right people and train them for the right jobs. The content for this session was primarily developed while Tim consulted onsite with the staff of a luxury hotel for an entire year. Utilizing Tim's methods, which are applicable to nearly every industry, this property achieved its goal of becoming a 5-Diamond hotel. This session shows you how your organization can achieve equally impressive results and higher profitability as well.

Experience team transformation as Tim facilitates your organization through a powerful relationship-building "adventure" where participants work indoors or outdoors to model and learn his effective principles for Rich Relationships. Resolving conflict, understanding and valuing differences, enhancing communication, and restoring relationships are all explored during this program. Note: While this content has been delivered as part of a keynote presentation, it is ideally designed for smaller groups in a half-day or full-day format. The activities used are safe, creative, and mind stretching. Most importantly, they result in Rich Relationships.

This session is based on Tim's research for his popular book Transformation Thinking (Putnam/Berkley). Tim believes that how you respond to this environment of unprecedented change will determine either the demise or destiny of your organization. It's simple--change or die. Tim shows you how to change positively and how to use change to motivate your organization to move forward. Proven tips and techniques to increase workplace innovation, inspire competition, and produce new approaches are given in this highly participatory and innovative session. Attendees acquire ideas that can be used immediately to produce new thinking, idea generation, and change strategies.

Tim Richardson believes Real Richness is about Living Rich - a life of giving, influencing, helping, and serving. Tim has undertaken a research project to find and interview the 100 richest people in North America. In his high energy, humorous and inspiring presentation, he'll share warm stories of people who are Living Rich and give you some ideas on what it takes to achieve REAL Richness. As part of his program, he'll research the "Rich" participants in attendance and share their "wealth" with your group. This program will create a Rich experience for your group and bring a high return on investment to your organization.