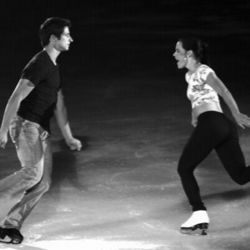 Ice dance has had its share of iconic moments. Perhaps none more so than the Gold medal of Tessa Virtue and Scott Moir’s performance at the 2018 Peuongchang Olympics.

Winning their 2nd Gold Medal of the Games and their 3rd Olympic Gold Medal, Virtue and Moir skated into the history books and into the hearts of Canadians.

The partnership that started when Virtue was seven and Moir was nine would continue throughout their career. Their artistic and athletic performance defines the pair’s legacy.

After countless unforgettable moments, the pair of Tessa Virtue and Scott Moir decided to take some personal time to seek new challenges off the ice for the first time since they began their ice dancing careers together.