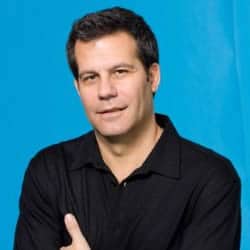 Richard Florida is one of the world's leading public intellectuals on economic competitiveness, demographic trends, and cultural and technological innovation. International diplomats, government leaders, filmmakers, economic development organizations and leading Fortune 100 businesses have benefited from his global approach to problem-solving and strategy development.

He is author of The Flight of the Creative Class and Cities and the Creative Class. His previous books, especially The Breakthrough Illusion and Beyond Mass Production, paved the way for his provocative looks at how creativity is revolutionizing the global economy.

Florida is senior editor for The Atlantic and a regular CNN contributor. He has written for The New York Times, The Wall Street Journal, The Washington Post, The Boston Globe, The Economist, The Globe and Mail, and The Harvard Business Review. He has been featured as an expert on MSNBC, BBC, NPR, and CBS, to name just a few. Richard has also been appointed to the Business Innovation Factory's Research Advisory Council and recently named European Ambassador for Creativity and Innovation.

He is Director of the Martin Prosperity Institute and Professor of Business and Creativity at the Rotman School of Management, University of Toronto. Previously, Florida held professorships at George Mason University and Carnegie Mellon University and taught as a visiting professor at Harvard and MIT. Florida earned his Bachelor's degree from Rutgers University and his Ph.D. from Columbia University.

Florida's ideas on the "creative class," commercial innovation, and regional development have been featured in major ad campaigns from BMW and Apple, and are being used globally to change the way regions and nations do business and transform their economies.

He is one of the world's most sought after speakers on global trends, economics, prosperity, competitiveness and growth. Combining in-depth analysis, cutting-edge trends, a fascinating personal story, and just a touch of self-deprecating humor, it's no wonder Florida was recently named one of Esquire Magazine's Best and Brightest, alongside luminaries such as Bill Clinton and Jeffrey Sachs.

Innovation and the Culture of Innovation

The Great Reset - How New ways of Living and Working Drive Post-Crash Prosperity.

Looking toward the future, Florida identifies the patterns that will drive the next Great Reset and simultaneously reshape virtually every aspect of our lives - from how and where we live, to how we work, to how we invest in individuals and infrastructure, and how we shape our cities and regions. Richard proposes that now is our opportunity to anticipate what that brighter future will look like and the steps to get us there.

Who's Your City?: How The Creative Economy Is Making Where To Live The Most Important Decision Of Your Life

The Rise of the Creative Class: And How It's Transforming Work, Leisure, Community and Everyday Life

Flight of the Creative Class