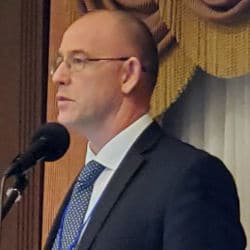 Paul is a recognised global expert on terrorism whose leadership experience and advice is regularly sought after by corporations, police forces and governments. A highly skilled expert he has demonstrated and exceptional practical experience in:

Accustomed to working strategically within senior management teams and at operational levels, Paul was a Chief Inspector in the Metropolitan Police Service London, UK for the last 30 years. He has extensive experience in the areas of operation planning and management of preplanned and spontaneous police operations, response to critical / major incidents, partnership working, community policing and road safety.

As a Nationally trained UK Crisis and Hostage Negotiator he has excellent communication skills, is a great team leader / player. As a Nationally Trained UK Public Order Commander he has been involved in the planning and operational delivery of hundreds of events both planned and spontaneous.

Paul also held the lead role for road safety and the management of congestion in London, UK. This included Metropolitan Police Service (UK) operational lead for protecting crowded spaces and events, through the deployment of Hostile Vehicle Mitigation to prevent vehicles being used as weapons in terrorist attacks. These events have included protecting Her Majesty Queen Elizabeth II, Heads of State including President Obama and large scale events such as Notting Hill Carnival, the second largest street carnival in the world with over one million visitors each day.