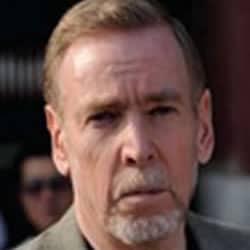 Patrick Brown, a giant in Canadian journalism, was appointed as Global TV's Beijing-based Asia Correspondent in the fall of 2011. He possesses a sharp mind, originality and a remarkable sensitivity.

From 2006 to 2008, Brown was Senior Asia Correspondent for the Canadian Broadcasting Corporation. He travelled the region producing documentaries and series for CBC Television's flagship news program The National, and for other CBC News and Current Affairs programs.

Brown was educated at King Edward's School, Birmingham, and holds a Master's degree in Social Anthropology from Downing College, Cambridge. He settled in Montreal in 1971, and joined Radio Canada International as an editor in 1974. He became a national reporter for CBC Radio News in Montreal in 1976, and moved to London as a Foreign Correspondent in 1980. He served as Bureau Chief in Beijing for from 1990 To 1996, and again from 2003 to 2006. In the interim, he was based in New Delhi, India, and Bangkok Thailand.

Reporting for CBC and its French-language network SRC in both of Canada's official languages, he covered major events in dozens of countries in Europe, the Middle East and Asia, including the rise of the Solidarity movement in Poland, the Israeli invasion of Lebanon in, the collapse of the Marcos dictatorship in The Philippines, Tiananmen Square and the fall of the Berlin Wall in 1989, the Gulf Wars in 1980, 1990 and 2003, and Afghanistan before during and after the Taliban regime. He is the recipient of three Gemini awards, and the author of "Butterfly Mind".

Patrick has been recognized for his brilliance and professionalism as a journalist. In June 2011, Brown received a Lifetime Achievement Award from the Canadian Journalism Foundation. He is also fluent in French and Mandarin.

China: Surviving the Dark Side of the Boom:

The fastest-growing economy in the world is also one of the murkiest. How Canadian companies can prosper and stay clean in a sea of corruption, nepotism, opaque bureaucracy, and political risk.

The government wages a relentless campaign to rein in China's boisterous internet, while netizens fight back with technical dexterity and biting wit. Is there a place for Canadian IT firms in the virtual world inside of the Great Firewall of China?

Say You Want A Revolution:

Judging the risks and consequences of instability is crucial for the success or failure of companies doing business overseas. Uprisings often appear to be contagious. In 1989, regimes in Eastern Europe fell one after the other. In the early 2000's half a dozen countries had "colour revolutions", and in 2011, uprisings spread through the Middle East. Each time, the authorities in Beijing have reacted with a crackdown against anyone who might have similar ideas in China. Is China really a candidate for a second revolution?

Is the Chinese economy becoming a bubble, and when will it pop?

Did You Hear The One About Chairman Mao?

What makes the Chinese laugh.