Communication Expert and Author: How to Connect in Business in 90 Seconds or Less 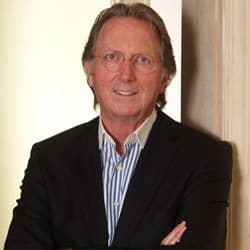 The New York Times calls him "one of the leading experts in face-to-face communication in the world," the Economist Magazine calls him "truly inspirational." Good Morning America says, "His book is my bible."

In the last ten years, Nicholas Boothman has informed, entertained and inspired thousands with his speeches, talk-shows and writings.  As a former fashion and advertising photographer, his work for clients such as AT & T, Coca Cola, Bell Canada, Vogue, General Motors and Revlon depended on establishing instant rapport with his subjects; today, Nicholas teaches his revolutionary technique of "Rapport by Design" to thousands of corporations, colleges and universities around the world including both the Harvard and London Business schools.

British by birth, North American by choice and Universal in his message, Nick is making waves with his insights into communication and human connection. Witty, wise and decidedly colourful, he brings a fresh perspective to effectively connecting people-to-people in this world of high technology.

With his unique and engaging style, Nicholas shares his strategies on using body language and sensory acuity to make fast, warm, meaningful connections with anyone, anytime and anywhere.

How To Make People Like You (in 90 seconds or less)

How To Connect in Business (in 90 seconds or less)

How To Ignite Your Power Network (in 90 handshakes or less)

How to Connect in Business in 90 Seconds or Less

"Nick is the leader of a new breed of "activational’ speakers.  He doesn’t pump people up, he switches them on.  The effects are dazzling - and unforgettable".  Canadian Broadcasting Corporation.