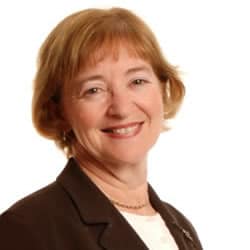 Maude Barlow is the National Chairperson of The Council of Canadians, Canada's largest citizen's advocacy organization, as well as the co-founder of the Blue Planet Project, which works to stop commodification of the world's water. She is a Director with the International Forum on Globalization, a San Francisco based research and education institution opposed to economic globalization. Maude is the recipient of numerous educational awards and has received honorary doctorates from six Canadian universities for her social justice work as well as the recipient of the "2005/2006 Lannan Cultural Freedom Fellowship". Most recently she received the prestigious "2005 Right Livelihood Award" given by the Swedish Parliament and widely referred to as "The Alternative Nobel."

Maude Barlow is the best-selling author or co-author of sixteen books, including Blue Covenant: The Global Water Crisis and the Fight for the Right to Water, Too Close For Comfort: Canada's Future Within Fortress North America; and Blue Gold: The Fight to Stop Corporate Theft of the World's Water (with Tony Clarke).

From 2008-2009, she served as Senior Advisor on Water the President of the UN General Assembly. She was the high profile Director of the Office of Equal Opportunity for the City of Ottawa and served as Senior Advisor on Women's Issues to former Prime Minister, Pierre Elliot Trudeau. She worked as a volunteer on a landmark human rights challenge at the Kingston Prison for Women, established the Ottawa Task Force on Wife Assault and led a national coalition against violent pornography on television.

Maude has spoken to hundreds of conferences on the connection between human rights, social structures and the erosion of equality in the face of growing corporate control of our social, environmental and political lives. She has received 11 honorary doctorates and multiple awards for her efforts in environmentalism and equality.

-and others on request

"The feedback has been extremely positive - I admire you tremendously for chipping away at these crucial issues, one engagement at a time and adding your important voice to our series." Lawrence Park Community Church, Toronto