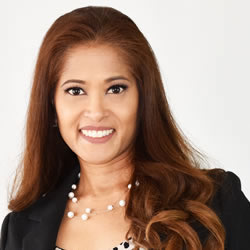 What do fire walking, creating a bomb scare and being picked up by Sir Richard Branson have in common?

Lorraine Zander. That's her life: challenges, crazy days and unforgettable moments! As an entrepreneur, speaker and fun-seeker, she has become a master storyteller with a lifetime worth of do's and don'ts (and yes...creating a bomb scare is one of her don'ts).

Originally considering a career in microbiology, she graduated from the University of Toronto with a BSc. Degree in Human Learning and a minor in Philosophy. After discovering her passion to support and empower young women, she embarked on understanding the youth demographic with plans to launch an exciting, positive publication. Early in 2000, Faze Magazine was born and hit newsstands nationally. Hailed by the press, within a year its circulation exploded from 10,000 to 500,000 copies, making it the third-largest print run in Canada.

As Faze's Editor-in-Chief, Lorraine is a sought after youth expert by notables including, MuchMusic, CTV, National Post, MTV, Toronto Star, Entertainment Tonight, and City Pulse. She is also regularly engaged to speak at panels and conferences, either directly to millennials, or adults and marketers trying to understand them.

Lorraine has fully embraced her role as a mentor to young women, having personally coached over two hundred interns and team members. She regularly produces and hosts live empowering events attended by hundreds of young women. She also created and conducted the six-part Success Series: What You Need to Know to Get What You Want.

Lorraine has spent the last 17 years pursuing her passion and says, "Along the way I've had way too much fun, and gained some serious insights into what makes these socially-conscious, wanderlusting, media-savvy millennials tick."

Who they are, what they want and why it matters to you.

What You Need to Know to Get What You Want

Whether it's career, business, health and fitness, or relationship goals, the basics don't change.

How to Turn Your Passion into Your Career

The six steps that will transform your hobby into a business.