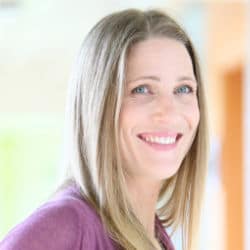 A native of Ottawa, Kristina started skating when she was 11 because she wanted to distinguish herself from her ski-crazed family. Good news for Canada.

Twenty-years later, in 2007-08, she produced a season to remember collecting World Cup medals culminating in her first of three overall titles in the 1500m, a World All-round
Championship bronze medal, and an historic five-medal performance at the World Single Distance Championships including gold in the 3000m.

In 2008-2009, Kristina continued her success on the ice, winning her second overall title in the 1500m and producing a three-medal performance at the World Single Distance
Championship and Olympic test event at the Richmond Olympic Oval.

At the Vancouver 2010 Olympic Winter Games, Kristina carried a heavy load competing in five events, capturing a silver and a bronze medal to add to the Olympic silver medal
in the women's 1500m and Team Pursuit event at the 2006 Games in Torino.

In 2011, Kristina was honoured as the University of Calgary's Distinguished Alumni of the Decade for a decade of consistent athletic performance and her work in building
green initiatives within Speed Skating Canada.

Since retiring from sport in 2011, Kristina earned her master’s degree in Sustainable Energy Development and now works part-time for Calgary-based energy consulting
company Peter’s Energy Solutions. She is also a freelance writer for the CSI Calgary (Canadian Sport Institute), a speed skating analyst for CBC Sports and the Project
Ambassador for the Alberta Solar Co-op. Kristina’s current full-time job, however, is raising her two young daughters, Maisie and Astrid.