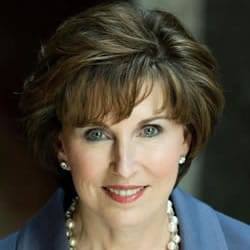 During almost 25 years with Four Seasons Hotels and Resorts - and over a decade serving successively as its President, Worldwide Business Operations (1999), Chief Operating Officer (2007) and CEO (2010) - Katie played an instrumental role in establishing the Company's global portfolio of luxury properties and ensuring the brand's international success. In that period, Four Seasons quadrupled in size - growing to 90 locations operating in 37 countries - while at the same time earning more consumer and industry awards than any other luxury hospitality brand in history.

Katie's unique leadership style, negotiating expertise, and strong relationship management capabilities allowed her to drive the modern evolution of an iconic Company with the support of almost 100 hotel ownership and development partners around the world. At the same time, she garnered the unwavering trust and commitment of the Company's nearly 38,000 employees, whose feedback secured Four Seasons a place on Fortune's list of the Best Companies to Work For every year since the survey began. In early 2013, her employees awarded her a 94% CEO approval rating in an anonymous survey published by Glassdoor - ranking her fourth among all CEOs in Canada.

Katie is the recipient of numerous accolades for her business achievements, including being the first woman ever to receive the Corporate Hotelier of the World award from Hotels Magazine. She also received the Cornell University Hospitality Innovator Award, the Schulich School of Business Award for Outstanding Executive Leadership, the inaugural Medal for Career Achievement from the Hennick Centre for Business and Law at York University, and has been inducted into the Canadian Marketing Hall of Legends.

Katie also serves as a Director of the Royal Bank of Canada (RBC), is the Chair of its Human Resources Committee and a member of its Risk Committee (having also served on the Audit Committee for over ten years). She is a Director and Vice Chair of the Hospital for Sick Children Foundation in Toronto, Chair of its Compensation and Resource Management Committee and a member of the Capital Campaign Cabinet for the landmark Peter Gilgan Research and Learning Tower scheduled to open in September 2013. Katie is also an avid supporter of the United Way of Greater Toronto where she has held senior volunteer roles for many years, including serving as Chair of the United Way's Endowment Fund for five years and a member of its Major Individual Giving Cabinet for almost a decade.

Katie embodies all the critical leadership traits of a senior executive with a truly global perspective. Yet, despite myriad professional achievements, Katie has made work-life integration her mantra, always describing her relationships with her husband and their three grown children as her "greatest achievements".