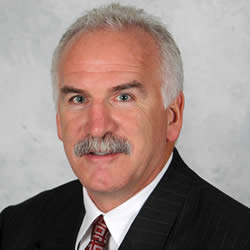 Joel Quenneville was named head coach of the Florida Panthers in 2019.

The recipient of the Jack Adams Award in 1999-00, Quenneville helped lead the St. Louis Blues to a President's Trophy.

The former defenseman was selected by the Toronto Maple Leafs in the second round. Quenneville played in 803 career NHL regular season games.

If you are looking for a proven winning coach and player Joel Quenneville is the coach for you. He is a frank and honest speaker and is known for being honest and authentic. He will liven up any event from sales event to corporate offsites.

Bring the excitement of the NHL and the cache of a NHL celebrity to your events, golf tournaments or corporate dinners by having Joel Quenneville act as your host, emcee or engage in a meet and greet.  As a local native to Windsor, Ontario, his ties to his community, success in the big leagues and his compelling, personal stories make Joel Quenneville a great speaker, as well.