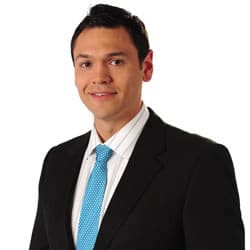 Retired NHL goaltender Jamie McLennan joined the NHL on TSN broadcast team as an analyst In 2011, regularly contributing to NHL ON TSN, THAT'S HOCKEY and THAT'S HOCKEY 2NITE. Along with co-hosting BLUE LUNCH weekdays at Noon et on TSN Radio 1050 in Toronto, McLennan is also a frequent guest on OFF THE RECORD WITH MICHAEL LANDSBERG.

In addition to his role on NHL ON TSN, McLennan is an analyst for the NHL Network.

McLennan played 11 seasons in the NHL with the New York Islanders, New York Rangers, St. Louis Blues, Minnesota Wild, Florida Panthers, and Calgary Flames. After retiring from the league in 2007, McLennan spent a season with the Nippon Paper Cranes of Japan in the Asia League Ice Hockey.

Following his stint in Japan, McLennan joined the Calgary Flames hockey operations staff as director of goaltender development and as a scout. McLennan then became an assistant coach to head coach Brent Sutter from 2009 until the end of the 2010-11 season.

McLennan's career highlights include winning the NHL's Bill Masterton Trophy in 1998 and the Del Wilson Trophy in 1991, earning him top goaltender honours in the Western Hockey League with the Lethbridge Hurricanes.