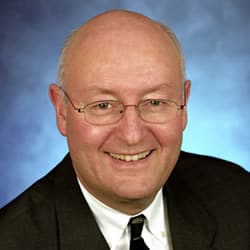 As an economist, he has authored or edited 50 books on economic topics. His articles on technical economic subjects have appeared in professional journals in Canada, the United States and Europe, including the Canadian Journal of Economics, the American Economic Review, the Journal of Finance, the Canadian Tax Journal, Health Management Quarterly and Health Affairs.

Dr. Walker has written over 700 articles which have appeared in over 60 national and international newspapers, written and delivered some 2,000 radio broadcasts on economic topics, and appeared on radio and television programmes in Canada, the United States and Latin America.

Dr. Walker uses his expert analysis to illustrate to his audiences the economic strengths, weaknesses and opportunities that exist around the world. He is in high demand for his opinions and perspectives on major issues that impact business -- trade, taxation, social policy and international competition. He has provided advice to private groups and governments in the U.S., Argentina, Australia, Bermuda, Brazil, Chile, Germany, Hong Kong, Iceland, Jamaica, New Zealand, Mexico, Panama, Peru, Sweden, Venezuela and Canada. His speeches are humorous, educational, witty and thought-provoking.

Economic Freedom of the World - Insights from a 120 Country Perspective

Tax Freedom Day - What it is and Why it is Important

What is Wrong with the Canadian Health Care System, and How can it be Fixed?

"Your information was riveting and crucial to many decisions which have to be made by us all in the very near future." Wood Gundy Inc.

"You delivered precisely the kind of address we were looking for, and provided a superb background to discussions through the day on strategic issues we are addressing as a company." Weyerhaeuser Canada.