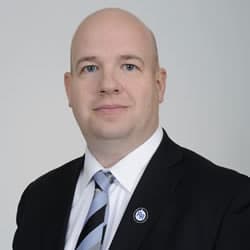 Brian Munz joins Sports Radio 1290 as a play-by-play commentator for Winnipeg Jets broadcasts. He spent the last five seasons as the primary voice of the Manitoba Moose on Winnipeg's CJOB Radio.

Munz began his broadcasting career with the Cowichan Valley Capitals of the BC Junior Hockey League. Following this, he spent five years calling Saskatchewan Junior Hockey games on CJVR-FM for the Melfort Mustangs, Humboldt Broncos and Nipawin Hawks before making the jump to the WHL to do play-by-play for the Prince Albert Raiders in 2000.

In 2004, Munz became the play-by-play voice of the AHL's Edmonton Road before moving over to 630 CHED radio to host Edmonton Oilers broadcasts alongside Hall of Fame play-by-play broadcaster Rod Phillips and colour analyst Morley Scott.