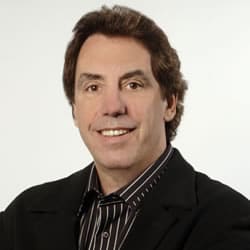 Doug Keeley, founder of The Mark of a Leader, is one of our top-rated speakers and a phenomenal storyteller. Here he shares an example of integrity and honour in a world currently shaken by those determined to win at any cost…

Sport has always been one of the world’s favourite metaphors for achievement and leadership.

Why? Because sports stories are chock full of lessons about competition, commitment, struggle, learning, teamwork, triumph… they’ve got the whole spectrum of the human experience covered!So what’s not to love?

Well, the fact is, the past year has also contained several major sports stories that shake that theory a bit. They also raise the question: what really drives athletes at the world-class level? How far will they go, and how much will they give up, in pursuit of the big Win?

Lance Armstrong was simply the best at what he did. He lied, bullied, and cheated his way to being better. He was not better than the other riders though; he was better than the dope testing system! Bike racing was all about winning for him – at any cost. Even if it meant betraying every other value he had ever learned or, theoretically, taught his kids.

“The beautiful game” is also apparently not so beautiful. A huge Interpol investigation just uncovered conclusive proof that hundreds of world-class football matches including some of the top clubs in the world, have been fixed in the last few years. Billions of dollars have been made as a result in a sophisticated ring that stretches through Europe, Asia and the rest of the world. And that’s just the most recent scandal.

But thankfully, for every example like these there are thousands of others which demonstrate the true, positive values at the heart of competitive sports.

On December 2, there was a cross-country race held in Burlada, near Pamplona, Spain. It wasn’t a critical race with careers or medals in the balance… just a regional competition, which had drawn a varied group of runners. As they came toward the finish line, a Kenyan runner named Abel Mutai had a clear and definitive lead. He had represented his country in the London 2012 Olympics in July, and had won the bronze medal in the 3,000 metre steeplechase.

Some distance behind him was a 24-yr old Basque runner named Iván Fernández Anaya – thought by many to be Spain’s next big hope in cross-country running.

As they entered the final straightaway, Mutai passed what he thought was the finish line, slowed to a walk and began waving to the crowd – thinking he had already won. As he did not speak Spanish, he could not understand when spectators waved and tried to tell him that he still had 10 meters to go.

Coming up behind him, Iván Fernández Anaya had a choice to make.

He could do what his coach would advise, and what the crowd was calling out to him to do… take advantage of Mutai’s mistake, and speed past him to win the race.

But he knew that Mutai had been the leader, by a wide margin. He deserved the win.

And so in that split second, Iván made his choice. “I did what I had to do” he said. “He was the rightful winner. He created a gap that I couldn’t have closed if he hadn’t made a mistake.”

First he shouted at Mutai, telling him to keep going. When the other runner did not understand, Iván gave him a push toward the finish line… and eventually got his point across. Mutai crossed the line as the winner, with Fernández Anaya coming in second.

The crowd, watching this little scenario unfold, exploded into applause… The only person who wasn’t impressed was his coach, Martin Fiz.

“The gesture has made him a better person, but not a better athlete,” said Fiz. “He has wasted an occasion. Winning always makes you more of an athlete. You have to go out to win.”

Iván Fernández Anaya, on the other hand, should be on the cover of Sports Illustrated, and turned into the poster-boy in every locker room in the world.

Here’s to you Iván Fernández Anaya. You are a leader worthy of emulation.

(this story has been condensed from its original format)

This Privacy Policy is applicable to ProSpeakers.com Ltd “the Company” and sets out our policy on the gathering and use of information on this site and our other sites (collectively "Sites"). The Company is committed to providing safe web sites for visitors of all ages and has implemented this Privacy Policy to demonstrate our firm commitment to your privacy. The Company complies with Canadian Federal and Provincial privacy laws and regulations including the Personal Information and Electronic Documents Act.

There may be links from our Sites to other web sites; note that this Privacy Policy applies only to our Sites and not to web sites of other companies or organizations to which our Sites may be linked. You must check on any linked sites for the privacy policy that applies to that site and/or make any necessary inquiries in respect of that privacy policy with the operator of the linked site. These links to third party websites are provided as a convenience and are for informational purposes only. The Company does not endorse, and is not responsible for, these linked websites.

Although you are not required to register to access our Sites, you may be asked to provide us with personal information when you visit certain sections of our Sites. Your use of our Sites signifies your acknowledgement and consent to our Privacy Policy. If you do not agree to this Privacy Policy, please do not continue to use our Sites. Your continued use of the Sites signifies your acceptance of these terms and any changes in effect at the time of use.

Personal Information is information about you that identifies you as an individual, for example, your name, address, e-mail address, or telephone number.

We collect information that you voluntarily provide to us through responses to surveys, search functions, questionnaires, feedback, and the like. We may also ask you to provide additional information such as your e-mail address if you want to obtain additional services, information, participate in a contest or to resolve complaints or concerns.

HOW DOES COMPANY USE INFORMATION GATHERED ABOUT ONLINE VISITORS?

Before forwarding us any personal information, please be advised that any information gathered on our Sites may be used in the aggregate for research and development relating to our Sites and/or for future site development and, if you ask us to, to send you promotional materials. In particular, we may use information gathered about you for the following purposes: to monitor interest in our range of products and to assist us to tailor the content of our Sites to your needs by collecting information about your preferences through tracking of patterns page views on our Sites; to create a profile relating to you in order to show you the content that might be of interest to you and to display the content according to your preferences; and, in circumstances where you have indicated that you wish to receive additional information, to send you information about us and promotional material about our products together with details of any offers we may have available from time to time.

With the permission of an online visitor, information submitted at the time of registration or submission may be used for marketing and promotional purposes by the Company provided notice of this fact is made available online. If a visitor objects to such use for any reason, he/she may prevent that use, either by e-mail request or by modifying the registration information provided. The Company uses reasonable efforts to maintain visitors' information in a secure environment. If you have submitted personal information and want to change it or opt-out, please contact us as described below.

The Company will not disclose personal information that you provide on its Sites to any third parties other than to a Company agent except: i) in accordance with the terms of this Privacy Policy, or ii) to comply with legal requirements such as a law, regulation, warrant, subpoena or court order, and/or iii) if you are reporting an adverse event/side effect, in which case the Company may be required to disclose such information to bodies such as, but not limited to, Canadian and/or international regulatory authorities. Please note that any of these disclosures may involve the storage or processing of personal information outside of Canada and may therefore be subject to different privacy laws than those applicable in Canada, including laws that require the disclosure of personal information to governmental authorities under circumstances that are different than those that apply in Canada.

The Company, in common with many web site operators, may use standard technology called "cookies" on its Sites. Cookies are small data files that are downloaded onto your computer when you visit a particular web site. You can disable cookies by turning them off in your browser; however, some areas of the Sites may not function properly if you do so.

The Company considers the protection of children's privacy, especially online, to be of the utmost importance. We do not knowingly collect or solicit personal information from children nor do we allow them to become registered users of, or to request information through, our Sites or help-seeking information lines.

The following additional information applies to our Sites that require registration. Generally, you are not required to provide personal information as a condition of using our Sites, except as may be necessary to provide you with a product or service that you have requested. However, some of our Sites are restricted to certain individuals such as health care professionals or our prescription drug patients and we may require these individuals to register upon entry by providing us with certain information.

Our Commitment to Security

We have put in place physical, electronic, and managerial procedures to safeguard and help prevent unauthorized access, maintain data security, and correctly use the information we collect online. The Company applies security safeguards appropriate to the sensitivity of the information, such as retaining information in secure facilities and making personal information accessible only to authorized employees on a need-to-know basis.

Personal information you share with us is stored on our database servers at Company data centers (in whatever country they may be located), or hosted by third parties who have entered into agreements with us that require them to observe our Privacy Policy.

If we alter our Privacy Policy, any changes will be posted on this page of our Site so that you are always informed of the information we collect about you, how we use it and the circumstances under which we may disclose it.

By using this Site or any other The Company Site or interactive banner ads, you signify your acceptance of our Privacy Policy, and you adhere to the terms and conditions posted on the Site. By submitting your information, you agree that it will be governed by our Privacy Policy.